Does your child start each first day of school with a tummy ache? Does he feel fine on the last day of summer and suddenly wake up with “the worst headache in the world” the next day? If you’re like most and your child doesn’t jump out of bed full of smiles on his first day of school, here are ten tips you can use to ease the back-to-school jitters. 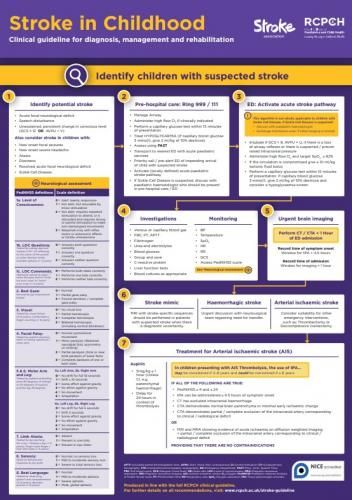 For many people, the word stroke conjures images of middle-aged smokers, prime rib devotees, or other people who routinely ignore the risk factors commonly associated with this potentially life threatening condition. However, strokes also occur in children.

According to the Children’s Hemiplegia and Stroke Association, CHASA, strokes occur at the highest rate among infants one month of age or younger and are fatal in 20% to 40% of cases.

Over 100 childhood stroke risk factors have been identified, such as sickle cell disease, infections (including chicken pox) and metabolic disorders. However, in one third of infants and one tenth of children, no cause is ever found.

The Symptoms of Childhood Stroke

The symptoms of childhood stroke may include: